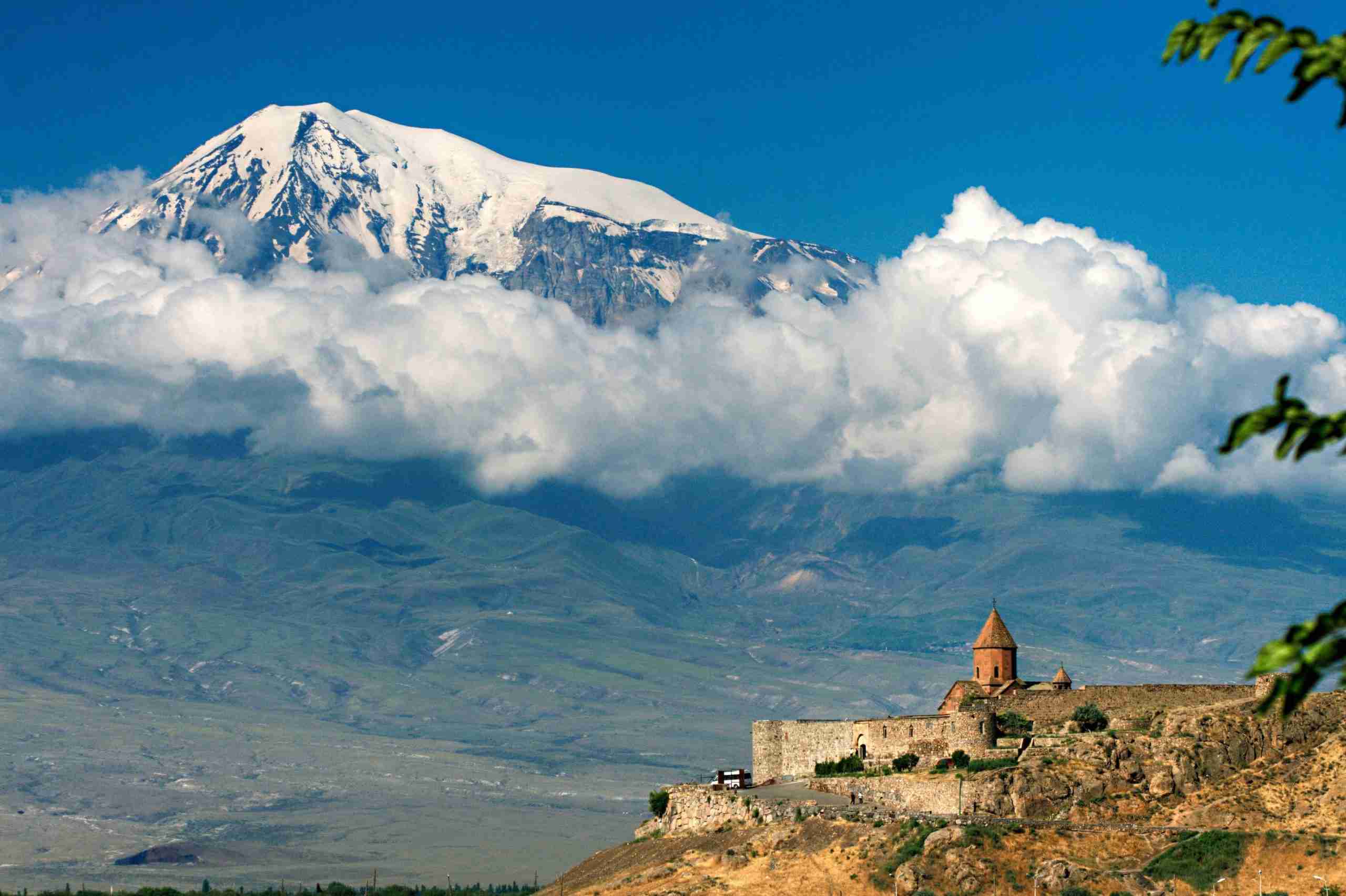 We organize pilgrimage tours for churches with their groups of pilgrims to visit Armenia on a spiritual journey to experience the rich and ancient Christian heritage of this marvelous land under the shadow of the biblical Mount Ararat.

Painting by Ivan Ayvazovsky, “Descent of Noah from Ararat” 1889

The kingdom of Armenia was the first in the world to adopt Christianity as its state religion in 301 A.D. and other countries followed its example.

It is the site where St. Gregory the Illuminator was imprisoned for 13 years before he healed the Armenian king with his prayers and this lead to the conversion of Armenia and the entire world into Christianity.

Khor Virap Monastery under the gaze of Mount Ararat

To this day it is possible to see the site of the jail where St. Gregory the Illuminator (he was named so as he brought the light of Jesus to Armenia and it spread all over the world) was imprisoned as it is where the fairy-tale 4th century Khor Virap Monastery stands guided by the remote majesty of the forever snow-capped biblical Mount Ararat (5165m, or 17,000ft) where the Noah’s ark had rested after the Great Flood.

Visit Armenia to see not only the iconic site (Khor Virap Monastery at the foothills of Mount Ararat) but also Echmiadzin Cathedral, built in 301-303 A.D. right after the conversion of Armenia, and it is the first cathedral in the world in the first officially Christian country.

Echmiadzin is the Holy See of the Armenian Apostolic Church (it is like the Vatican city of Armenia) where one can find several other early Christian churches in the list of UNESCO World Heritage Sites.

The frescoes inside Echmiadzin Cathedral painted in 1720’s

Echmiadzin Treasury Museum houses many ancient Christian relics such as a fragment from Noah’s ark, pieces from the true cross of Jesus…

A piece of petrified wood from the Noah’s ark

* The Armenian Alphabet Letters invented in 405 A.D. by St. Mesrop Mashtots in order to translate the Bible into Armenia. The letters have never changed since then

The rugged and beautiful landscape of Armenia is dotted by the most beautiful early Christian churches (many of them are in the list of UNESCO World Heritage Sites). Nowhere else in the world the medieval monasteries are so dramatically located atop deep gorges, or tucked away in remote hidden forested sites, or carved inside the rocks with such exquisite carvings…

All over Armenia one can see thousands of intricately carved “lace” stone-crosses (Khachkars), witnesses of Armenia’s ancient Christian heritage.

Tatev Monastery (9th century), the home to one of the oldest universities in Europe

The Cathedral of Sts. Peter and Paul in Tatev Monastery. It used to be the highest and the largest church in medieval Armenia built in 895-906 A.D.

Geghard medieval monastery in the photo above.

A big part of it is carved out of a solid rock (13th century). The monastery and its surrounding setting – the Upper Valley of Azat River, the cliffs and the rock-cut churches with their fascinating decorative art (carvings) are listed as a UNESCO World Heritage Site.

The monastery name means “Holy Spear” as it was the place the lance was kept until the 19th century.

At the moment the Holy Spear is kept in Echmiadzin.

The entrance to the main church built in 1215. The tympanum has lavish ornamentation depicting mainly grapes and pomegranates. The grapes symbolize the blood of Jesus and the pomegranate symbolizes fertility, St. Mary and according to some Holy Scripture the pomegranate was considered to be the forbidden fruit of the Garden of Eden.

The mysterious rock-cut church in Geghard monastic complex. The church was carved from top to the bottom of a monolith rock in the 13th century.

“Tutevordi” stone-cross carved in 1184 is a jewel of khachkar (stone-cross) art, a real masterpiece. Grigor Tutevordi, the abbot of Sanahin monastery (a UNESCO site) ordered this khachkar for his soul. It was carved 15 years before he died… Look at the intricate floral and geometric patterns…

Among Armenia’s unique contribution to world heritage, one of its most original is the Khachkar (stone-cross), outdoor steles carved from stone by the Armenian craftspeople and it is one of the most characteristic symbols of Armenian identity. After being blessed and anointed, the Khachkar is believed to possess holy powers and can provide help, protection, victory, long life, remembrance and mediation towards salvation of the soul. Among more than 50,000 exquisite khachkars in Armenia, each has its own pattern, and no two are alike. What kind of imagination and creativity those stone carvers had to have in order not to repeat each other.

Click the link below to see the schedule of our pilgrimage tour program for 2021 Pilgrimage Tour to Armenia.

Armenia – The Cradle of Wine